Reblog from Kenneth Woods- A view from the podiumI’m back in the UK after a memorable week at the Ischia Chamber Music Festival in Italy.

For me and my colleagues in Ensemble Epomeo, the focal point of the week was our concert on Thursday in the Church of Mary Magdeline in Cassamicciola. It’s a stunning church, and we received a very warm welcome from the priest who has been in residence there for 42 years now.Also warm was the air. I’m used to being hot during concerts when I conduct, but I’ve never been so hot playing as I was for the first half of this concert, with the possible exception of a few dodgy outdoor pops concerts. It was certainly a fiery program, and we could have been forgiven for breaking a sweat in a Manchester church in January-Krasa- Dance for String TrioHovhanness- String TrioKodaly- Intermezzo for TrioKlein- “Variations on a Moravian Theme” for String TrioBeethoven- Trio in C minor, op 9 no. 3IntermissionMozart- Clarinet QuintetI have wonderful memories of last year’s festival, and was a bit concerned that this year’s reality couldn’t match up to that of last year. Fortunately, the scenery, weather and food was as wonderful as ever, as was the clarinet playing of my colleague Giuseppe Caranante. He has an uncanny ability to bring a sense of rapt stillness to a performance. I don’t think I’ve every played the slow movement of the Mozart so softly, but it worked, and absolutely nobody coughed! On the other hand, the chamring padre talked through most of the Beethoven trio and the Kodaly.Throughout the week, I’ve been struck again and again but how difficult it is to find a consensus about how participants were perceiving their experience at the festival. Some loved playing in the orchestra, others felt it was an intrusion on their chamber music time (and some just dislike orchestra and conductors). Likewise, some loved the acoustics of the church on Thursday while others complained bitterly about the reverberation. Many people loved the Beethoven, which I think we in the band all felt went the best for us out of the first half, but one participant HATED it! She seemed to particularly loathe our performance of the slow movement of the trio, the miraculous Adagio con espressione. Granted, I don’t think we sounded like any of the old LPs I expect she grew up with- we played the opening non-vibrato, like a sacred procession, and tried to not let the phrases die in the many silences. It may have been radical, but it was the one movement of the night that got spontaneous (and noisy) applause from the entire audience, and I think we all felt it was our most polished work of the evening. I guess some people just need to vent. That kind of reaction isn’t likely to change an interpretation born of many years of study and research, but it is likely to make you think a bit less of someone’s manners….Her comments did bring into focus the question of interpretation and venue. She felt the churchy reverb meant we should have played much more slowly (although I’m doubtful she would have approved even in a carpeted living room).  Tempi are like neighborhoods- you can move around and adjust some, but you’ve got to stay relatively close to home. If you can’t make the piece understandable in a given space, it’s probably better to pick other repertoire (in this case, none of us knew the venue and we didn’t get a sound check).In the end, none of us in the trio were looking at this concert as a summation of our work together, just a step along a road that may lead in any number of directions. Rehearsals have been pretty good this week, so I think we have a clearer than ever sense of what we would like to accomplish together. The kind of work we’ve been doing on the Beethoven, including lots of experimentation with vibrato (or the lack thereof) and bow strokes as well as tempi has us excited to put together all the Beethoven Trios, but we’re also discovering the kind of time commitment we’re going to need to make to do the kind of work we all want to do. String trio playing is damn hard work.On the other hand, we got out the Schnittke Trio last night, which we played at last year’s festival and which is replacing the Mozart on our US tour next month. Even though we were bone tired and hadn’t worked on the piece in almost a year other than a read-through, it went well and felt in every way better than it did last year when we’d been playing it day in and day out. Hopefully this means the work we did on these last few programs has been paying off and that as we take on new pieces, we’ll be able to start working on things with a stronger foundation. 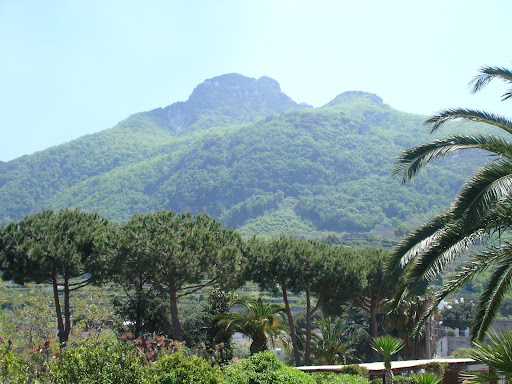